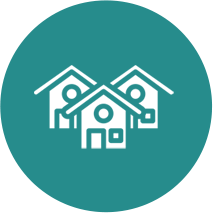 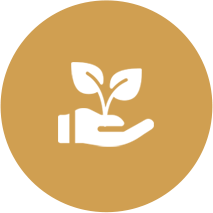 Pastor James T. Meeks is the founder and senior pastor of Salem Baptist Church of Chicago, which has been recognized as one of the fastest growing megachurches in the United States. Salem is the largest African American church in Illinois with over 15,000 members.

In 2002, Pastor Meeks successfully ran for Illinois state senator. His win made him the first Independent legislator ever elected to the Illinois Senate. He served three terms, where his major focus was on educational equity. He has also served in positions of leadership including chair of the Education committee as well as joint chairman of the Illinois Legislative Black Caucus. Pastor Meeks currently serves as Chairman, Illinois State Board of Education.

In 2005, Pastor Meeks led Salem in the building of the House of Hope, a $50 million, 10,000 seat community and worship center which is the largest facility built from the ground up for the purpose as a worship venue in the United States.

Throughout his life, Pastor Meeks has served the needs of the people whether it was through legislation on the Senate floor, community organizing events in the streets of Chicago or from the pulpit every Sunday morning.

In 1998, he led a rally to “dry up” the Roseland community, which resulted in the closing of 26 liquor stores. He distributed 30,000 Bibles to residents in the church’s zip code. He provided every prisoner in the state with the Bible on cassette.

The list goes on and in his 38 years of ministry, Pastor Meeks has taken his message of hope and reform around the world including Israel, Africa, China, Jamaica, Argentina, Sweden, the Czech Republic, and Australia.

He is the author of two books, “How to Get out of Debt and Into Praise,” and “Life-Changing Relationships,” which have been received with critical acclaim.

Pastor Meeks and his wife Jamell are the proud parents of four children and four grandchildren.

Cheryle Robinson Jackson’s career has been marked by many firsts, spanning international business, civil rights, politics, government, not-for-profit and the media. Jackson is CEO and Founder of Grit and Grace, The Movement, a women’s empowerment, coaching and media company she founded in 2018. Until 2019, she served as Senior Vice President of Global Business Development and President of AAR Africa for AAR, a global aviation services company.

Prior to AAR, Jackson was a candidate for President Obama’s once‐vacant U.S. Senate seat in 2010 and was the first female president and CEO of the Chicago Urban League. She also served as communications director for the Governor of Illinois. Her professional experience also includes senior level positions at Amtrak and NPR (National Public Radio).

In her intimate TEDx Talk “Grit and Grace,” Cheryle validates the career trajectories of go-getters like herself but also implores women to self-advocate and practice grace, love in action toward self, as a sustainable model of success. The overwhelming response led Cheryle to consider ways to serve women on a broader scale with Grit and Grace, The Movement, which provides access to coaching, conferences, events and content to inspire and empower women.

“Grit + Grace…one won’t let you give up and the other makes it OK to let go.”

Farrow is responsible for designing and implementing the cross-segment equity, inclusion & diversity strategy for the business segments in North America. He is leading the creation of a shared vision, developing a measurement strategy to track progress, and creating a communication plan covering growth, insights, and best practices.  In his role, Farrow is the primary led on internal and external facing programs that drive meaningful action on equity, inclusion & diversity.

Before joining Mars, Farrow was the Director of Global Diversity & Inclusion for the Boeing Company where he created a competitive advantage by developing strategies that built a diverse and inclusive culture and provided employees the opportunity to impact business results.  He led a team of domestic and international employees responsible for executing the company’s diversity & inclusion strategy to transform the culture for all employees while positioning Boeing as an employer of choice.

During his Boeing career, Farrow has held several leadership positions.  He was the director of human resources where he partnered with executive leadership teams to develop and execute strategies that are aligned with the business requirements. Other leadership assignments included compensation, EEO, affirmative action and talent acquisition.

In 2019, Farrow was recognized as one of 50 Men of Excellence by the Chicago Defender Newspaper and in 2018 he was the recipient of the national Dave Barclay Affirmative Action award at the Black Engineer of the Year Award Conference in Washington, DC.  Also, in 2018, Farrow was recognized as a caregiver of breast cancer survivors by Alpha Kappa Alpha, Sorority, Inc., Sigma Phi Omega chapter, at their 10th annual Real Men Wear Pink Scholarship Fundraiser.

Farrow was born and raised on the south side of Chicago in the community of Englewood.  His family later moved to the community of Roseland where he graduated from Willibrord Catholic high school.  Farrow received a B.S. degree in industrial management with a minor in Industrial Engineering from Purdue University.   He is married to his wife Stephanie and they have two children.

For 25 years, David has served neighborhoods throughout Chicago in various nonprofit and governmental capacities, including as a community organizer in North Lawndale and as Superintendent of the Chicago Park District. At CNI, David focuses on strategy and raising capital, and helped lead an organizing effort to have Pullman declared a National Monument. David has an undergraduate degree from Wheaton College and a Master’s in Social Science from the University of Chicago. David is also a member of Millennium Reserve Steering Committee and on the Cook County Commission on Social Innovation.

Jamell Meeks is the Director of Women’s Ministries for the Salem Baptist Church of Chicago, under the leadership of her husband, Reverend James T. Meeks. WOI serves over 4,000 women.

She serves as National Chair for First Ladies Health Initiative and leader of a national pastor’s wives prayer group. She has been featured in several national publications for her work with entrepreneurship, women, and health.  Jamell, is a certified John Maxwell speaker and spoke to hundreds of women. She developed the nationally recognized A.R.I.S.E Entrepreneur Program in 2004 and has helped over 1100 people start and increase their small businesses.

Her mission is to inspire women of all ages to live a life grounded by faith, guided by purpose, and motivated by infinite possibilities.

She resides in Chicago, with her husband and is the mother of four children and proud grandmother of five.

Attorney Otis C. Wright is married to Jametra, his wife of 37 years. Mr. Wright received his Bachelor’s of Arts in Economics from the University of Michigan and his Juris Doctorate from John Marshall Law School. He is admitted to practice to the Illinois Bar, and United States District Court  Northern District and Central District of Illinois.

His Governmental and Professional experiences include former Director of Intergovernmental Affairs at the Chicago Housing Authority for almost 20 years. The Department was responsible for securing the passage of legislation and appropriation of funds from the Chicago City Council, Illinois General Assembly and Congress. In addition, the office works to build strong relationships with elected officials and other governmental bodies.  His experience also includes Director of Land Development at the Chicago Housing Authority; Deputy Commissioner, City of Chicago Department of Planning and Development; and Administrative Assistant to the Mayor, City of Chicago, Mayor’s Office of Intergovernmental Affairs.

Prior to answering his call to law and politics he worked in the financial services industry at Aetna Life and Casualty and CIGNA Corporation as an Expense Analyst and Regional Controller respectively.

Mr. Wright has served as Director of Christian Education at St. James Baptist Church in New Britain, Connecticut. At Salem Baptist Church he has served as a teacher  and Superintendent of Christian education. He and his wife Jametra have been involved in serving in their local church in the areas of Christian counseling, marital instruction and discipleship. They have four adult children, Charles (Marlise, wife), David (Marnie, wife), Janelle and Nathan and two grandchildren, Miles and Camille.

Henry’s House has four locations on the southside of Chicago,  two in Grand Crossing one in both Englewood and Woodlawn .

Henry’s House has served over 12,000 recovering and returning individuals since our founding.

Henry McGhee Jr is a former Illinois State Trooper and CHA Police Officer. Henry is a licensed Minister at Salem Baptist Church of Chicago and a member of The 100 Black Men of Chicago.

Henry’s unique life experiences have prepared him to do the work of changing lives, one life at a time .

At Henry’s Sober Living House, we embrace the idea that we transfer the breath of a meaningful life from one person to another.

At Henry’s sober living house we supply the best possible Recovery Home experience for those returning citizens and those suffering from addiction and alcoholism.